-Libra is required to save Anna unless Lissa is doing exceptionally well (16 Mag). It’s still generally preferable to bring him for his higher durability and weapon ranks, though.

-42 Attack Robin can one-shot any mook on the map if they’re on Plains. If forged Flux isn’t strong enough, Vengeance + Nos can still let Robin take on the first and third parts of the first wave.

-Give Rescue to Libra

-From middle-most Myrm, Robin in starting spot closest to his left. Fred in spot 2 tiles right of Chrom. Libra 1 tile up and 1 tile right of Fred. Tharja in any spot that can reach Libra. 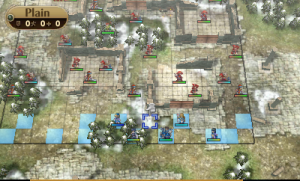 -Libra to the right of Chrom and Rescue Anna

-Chrom talks to Anna, then pairs to Robin

-Pair Fred to Anna. Move Anna to unreachable tile below Robin. This is to try to make as much of the enemy random movement favour coming down the middle as possible.

-EP has two variations: The right side Myrm will approach and either bring a Mage or a Barb. 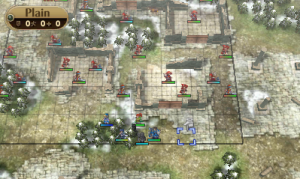 -Robin goes against the wall with the door and kills the Myrm. This will provoke 2-rangers during EP.

-Libra and Anna can try to dispatch the Barb/Mage if it looks safe. Otherwise, can unequip tank and heal through. Or perhaps just have Anna DPS while Libra heals, since Anna’s high Avoid will keep her as a lower priority.

-Send Robin to kill the rest of the goons.

-Position Anna within reach of the mid-right door and pick it next turn.

-Position Libra so he can go beside Anna, but still Rescue Robin.

-Robin moves above Anna and nukes the Archer.

-Robin kills Barb. Make sure it’s forged Flux if the Mage has Counter, as it’ll attack in melee.

-Anna and Libra move out of range of the Mage and kite the Archer. 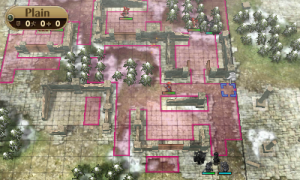 -Keep advancing Robin as far north as possible to kill Thief after it gets the Arms Scroll. Thief without Pass will fight if his escape path is blocked. If he has Pass, he’ll just give up and sit beside Robin (assuming she is standing on the spot 4 tiles down from the NE border of the map).

-Have Anna and Libra kite the Archer toward Robin.

-Clean up the left side treasures, then have Robin pull Boss and gang from NW treasure room while Anna hides well out of range (but within movement of the chest) on the right.