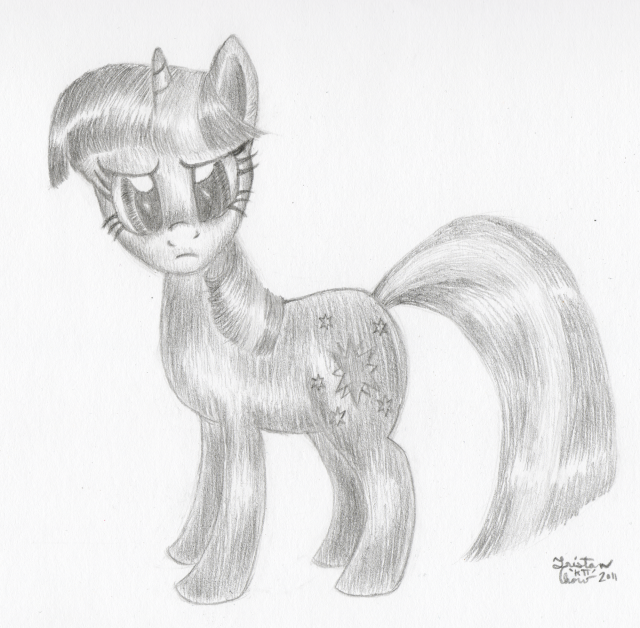 She’s probably angry that I tried this strange experiment on her. I went with a pretty basic pose so I could do some stylistic experimentation. I went with an angry expression because I don’t think I’ve drawn and angry Twi yet.

I used mostly vertical lines here, only angling them by about 15 degrees tops when I had to. The effect is interesting, but I don’t know how much I like it. I mean, it worked out fairly well for her face, but the rest of her coat it looks pretty weird for. I was going a little more aggressive on the shading again, trying to create a more gradual shift, although the whole vertical line thing wasn’t particularly conducive to that goal. I extended that to the hair too, where I shortened the highlights a bit.

I'm a computer programmer by trade, but I tend to dabble in many different creative activities.
View all posts by Kuroi Tsubasa Tenshi →
This entry was posted in My Little Pony: Friendship is Magic and tagged Twilight Sparkle. Bookmark the permalink.